The community of Ponte Vedra — along with its oceanfront neighbor to the east, Ponte Vedra Beach — proudly claims its place in Florida’s “First Coast.” The nickname is used to describe a collection of counties in northeast Florida noted in history for being the first section of Florida colonized by Europeans. While nearby military outposts under Spanish rule in St. Augustine and French rule at Fort Caroline led to some use of the area for military travel, it was largely uninhabited until the early 1900s.

In 1914, the mining trade grew in popularity in modern-day Ponte Vedra Beach, and the town became known as Mineral City. Titanium, zircon, and rutile were among the most plentiful minerals extracted from the beach by an outfit called Buckman and Pritchard Mining Company. Shortly after mineral mining’s heyday, the National Lead Company would purchase Buckman and Pritchard and halt mining activity due to its lack of demand after World War I.

Yet, with a broad swath of beautiful land at the ready, the company sought to develop Mineral City into an upscale retail and real estate project. Given the affluence of the type of visitors, it hoped to attract, the National Lead Company and its new partners, Telfair Stockton Company, decided to change the name from Mineral City to something that sounded more luxurious.

After reviewing a map, one of the company’s men spotted the exotic-sounding “Pontevedra” off the coast of Spain at nearly the same latitude as Mineral City. “Pontevedra” is of Galician descent and derives from the name of a Roman bridge. It’s also believed that the men read an inaccurate article claiming the Spanish town was the birthplace of Christopher Columbus, which may have contributed to the choice for the new name.

In the years that followed, residential development increased and added infrastructure connected the area to both Jacksonville Beach and St. Augustine. After the National Lead Company sold its stake in the project, development truly flourished, and the beachy getaway became an international attraction.

In addition to its sparkling beaches and sandy shores, Ponte Vedra may be most known as the permanent home of The Players Championship, an annual PGA Tour golf tournament that takes place at The Tournament Players Club (TPC) at Sawgrass.

With endless sunshine and ample opportunities to get outdoors, Ponte Vedra is a haven for nature lovers. One of the most serene and undisturbed pockets in the area is the Guana Tolomato Matanzas National Estuarine Research Reserve. Established in 1999 as a part of the National Oceanic and Atmospheric Administration National Estuarine Research Reserve System, the reserve is one of three of its kind in all of Florida. It covers some 73,000 acres of coastal land from Ponte Vedra Beach to Palm Coast. There’s a 21,000-square-foot visitor center with interpretive exhibits, aquariums, classrooms, labs and an amphitheater that overlooks the preserve.

If you’re looking for something a little more relaxing, you can’t go wrong with any of the beaches in the area. Ponte Vedra Beach, Mickler’s Landing, Jacksonville Beach and Atlantic Beach all provide a little different vibe, but the one consistent with all of them is beautiful blue water. Depending on which spot you check out, you can fish, swim, stand-up paddleboard, bike down the beach and even go hunting for shark teeth.

Retail enthusiasts will love the shopping at St. Johns Town Center, just up the road in Jacksonville. This outdoor mall has nearly 200 stores, including some of the biggest names in jewelry, fashion, and electronics. Think you’ll work up an appetite browsing from shop to shop? There are many restaurants within the complex dishing up a variety of cuisine from fast-casual to fine dining.

Golfers rave over the number of meticulously maintained courses throughout the Ponte Vedra area, but none carry the type of cache found with The Stadium Course at TPC at Sawgrass. Here’s your chance to play where the pros play and conquer the famous signature hole at #17 known as the “Island Green.” Not up for the challenge? Watch the world’s best hit the links when the PGA Tour rolls around for The Players Championship each March.

While Jacksonville International Airport is the primary commercial source of air travel in the area, St. Augustine’s Northeast Florida Regional Airport serves a gateway market of more than 4 million passengers within a two-hour drive of the facility. Tenants include a variety of private and corporate air options.

Like many beachfront communities, tourism is a significant contributor to the local economy. Visitors hailing from countries across the world descend on Ponte Vedra for its charming and historic resorts, including the Ponte Vedra Inn & Club.

The St. Johns County public school system is renowned for its strong academic ranking, routinely finishing at the top of its class among counties in Florida. Additionally, for students pursuing a bachelor’s degree, Flagler College in St. Augustine, and the University of North Florida, Edward Waters College and Jacksonville University, all in nearby Jacksonville, are attractive options. Jacksonville is also the home of the Florida Coastal School of Law.

The Ponte Vedra area is generally known as one of the state’s most affluent and influential locales, with Ponte Vedra Beach landing as a finalist for CNN and Money magazine’s 2005 list of the Best Places to Live in the country. 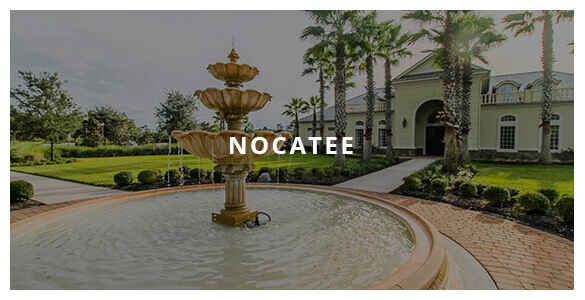 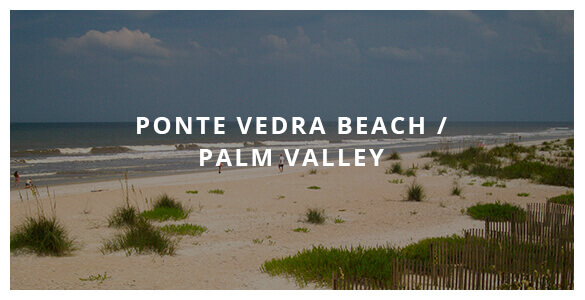